His AKC name is CH Big Thompson’s Samuri. We call him Yasu and we co-own him with Sachie Hayashi.  Yasu was co-bred with Matt Hawley and was born in October 2016 as a result of the breeding of our girl Big Thompson Cash’s Riley to  CH Graybulls Martin Miller.  Yasu has had quite a bit of success at a very early age.  In April 2017, Yasu won Winner’s Dog twice at the Denver Bulldog Club Specialty Show at the age of 6 months.  In July 2017, Yasu won Best of Breed, Best Ownerhandler and Group 1 Bred-By at the Casper Wyoming show at the age of 9 months.  As of August 2017, Yasu was the number 72 ranked bulldog in the AKC TopDogs Bulldog Breed totals.  In September 2017, Yasu became a champion at the age of 11 months at the Arapahoe Kennel Club show in Denver, Colorado.

Yasu is a performer in the ring. We are very proud of him as one of our bred-by dogs. 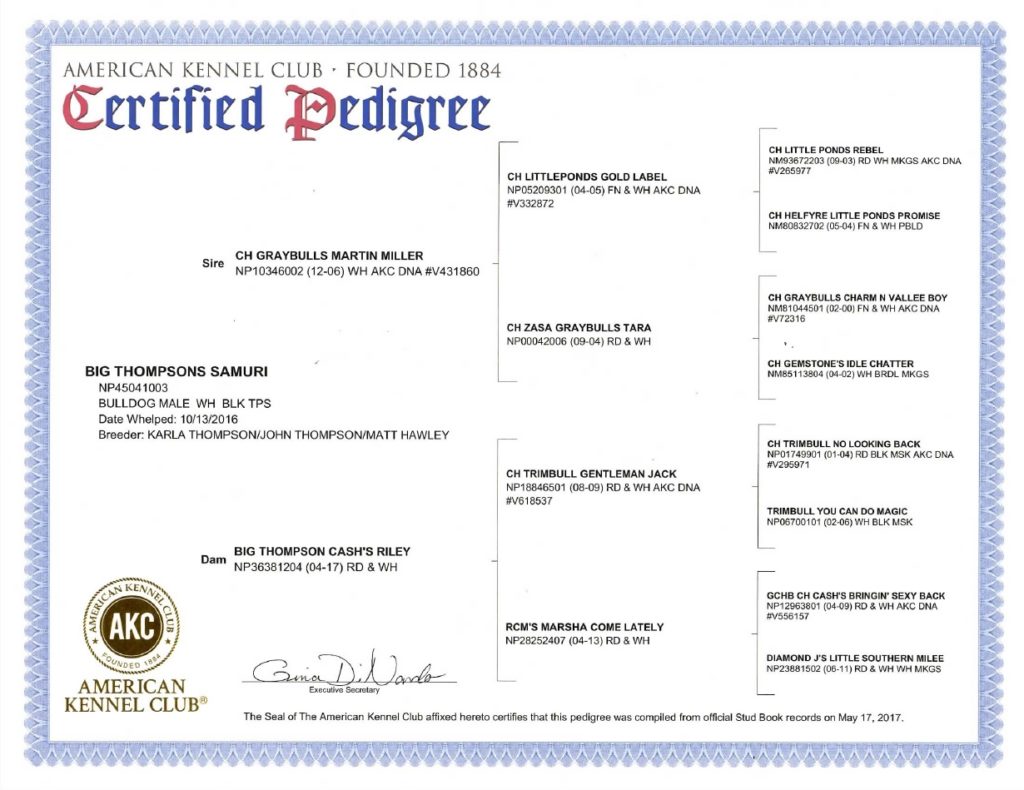 Yasu may be available for stud to approved bitches in the future. If interested, please contact us or talk to us at a show. 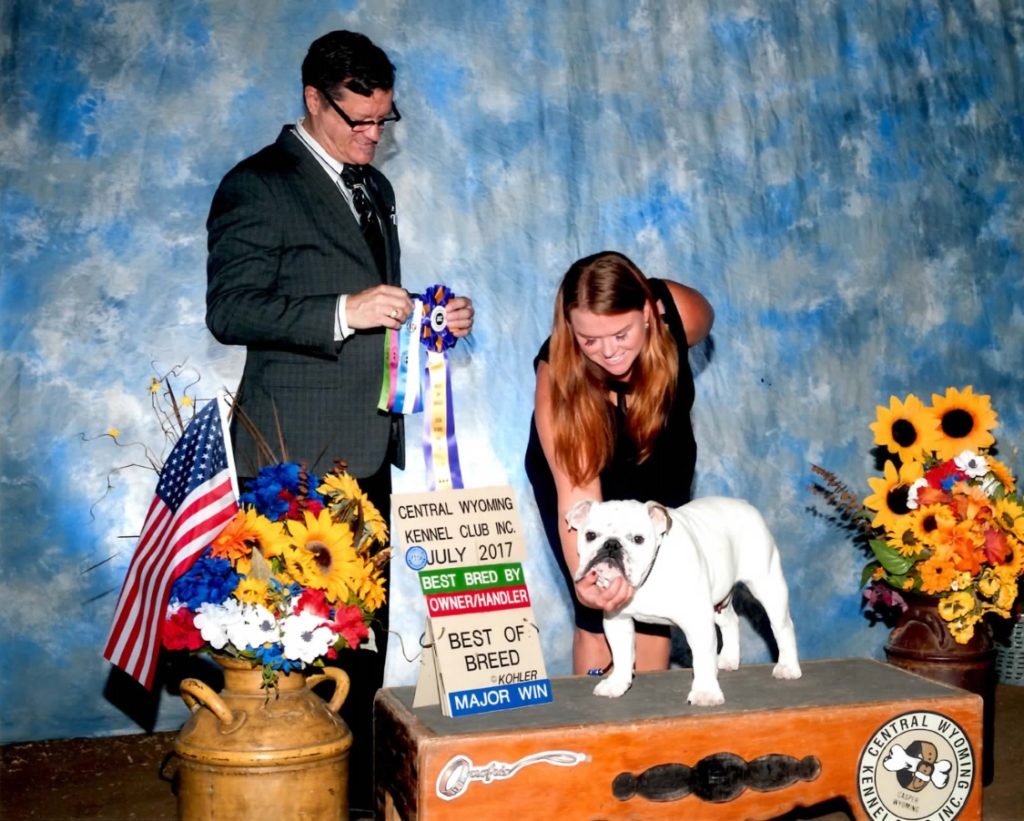 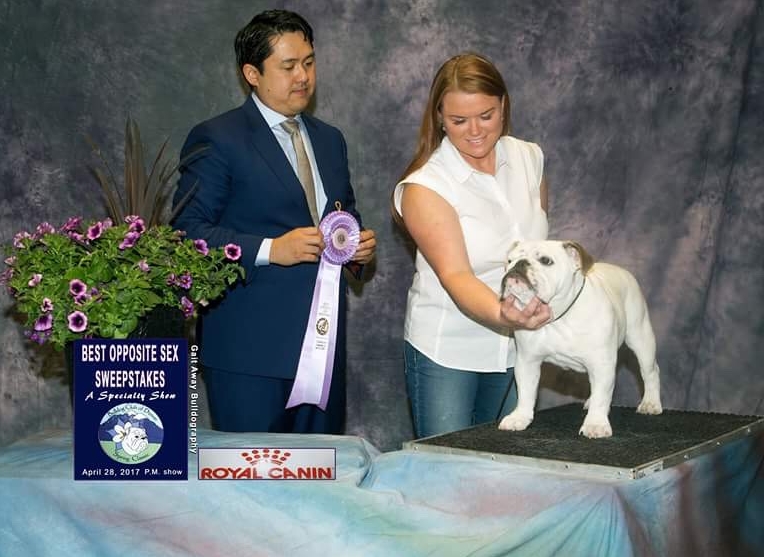 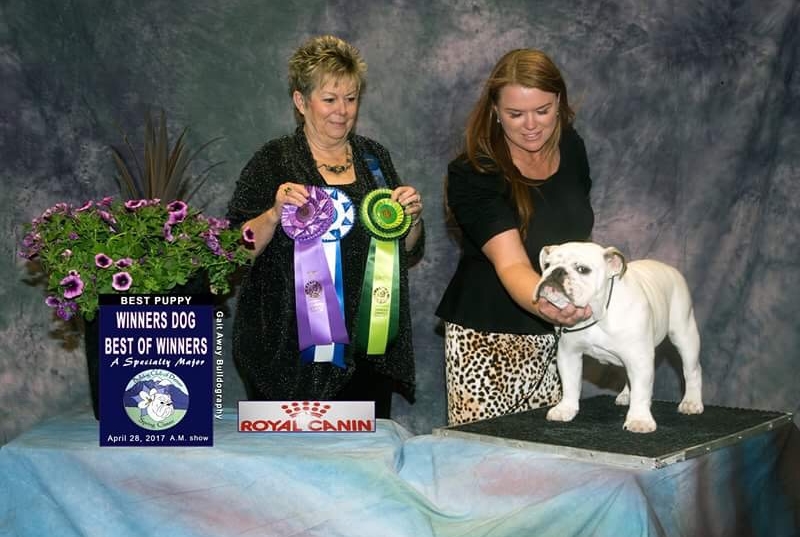 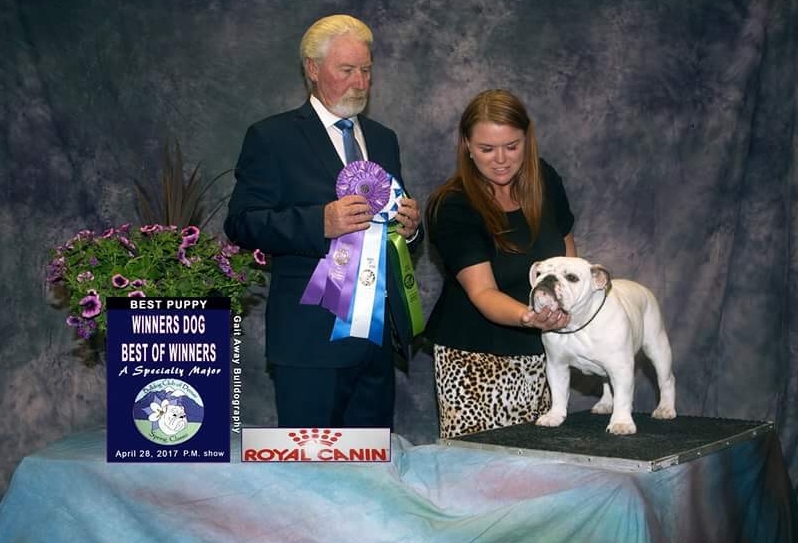 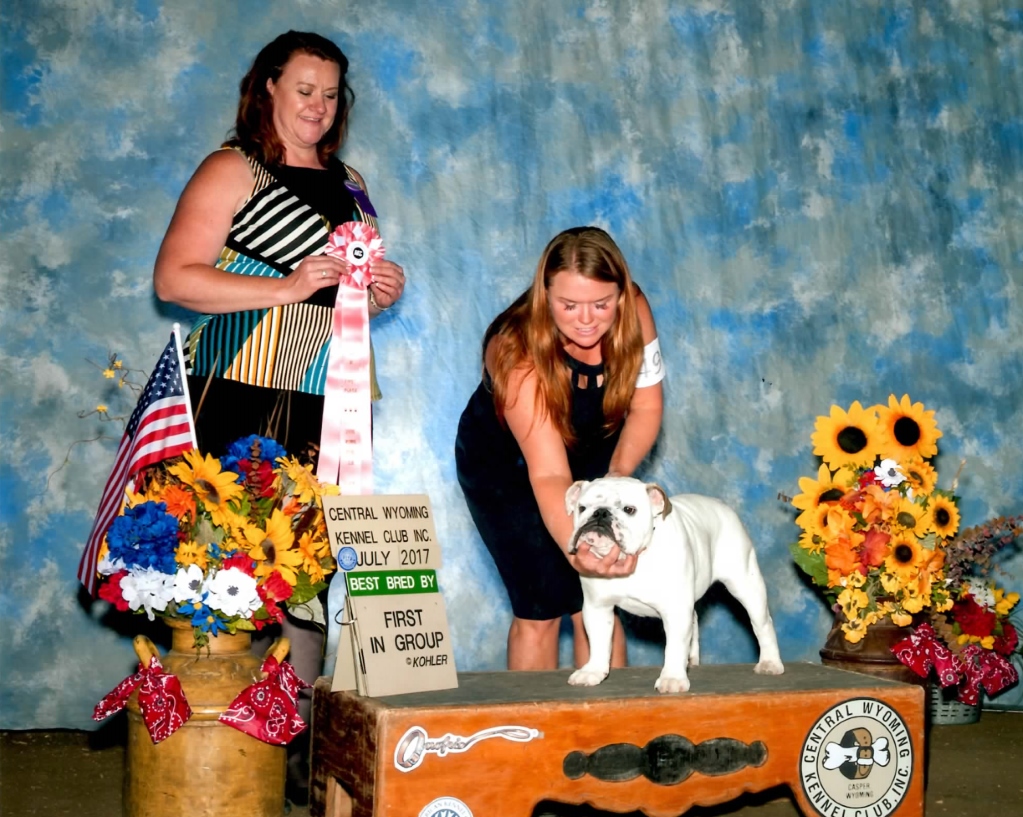 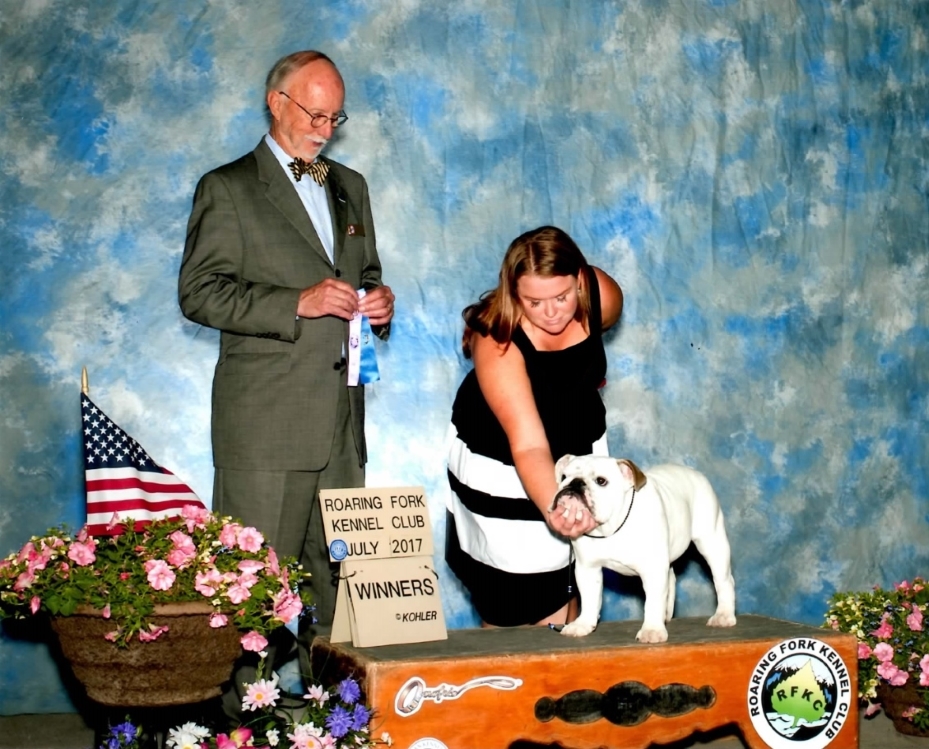